Who is Jesse Lauriston Livermore

Jesse Lauriston Livermore (1877–1940) – great american trader. Jesse was born into a poor family in Shrewsbury (Massachusetts). With the blessing of his mother, he fled home, to avoid the farm life his father intended for him. He was fourteen and had five dollars in his pocket. Then Livermore began his career by publishing quotes in a brokerage company Paine Webber in Boston. He began to notice sequences in the tape of numbers, developed his strategy. After which he decided to start betting on price movements in the bookmakers. Already at the age of fifteen, he achieved a profit of $ 1,000 (taking into account inflation more than $ 25,000).

Jesse is famous for having managed to earn several times and then lose his fortune in the millions of dollars. He received the greatest fame for his short sales which ended with a profit of $ 3 million and $ 100 million during the collapse of 1907 and 1929, respectively, for which he received the nickname “The Great Bear”. He was accused of being the initiator and main culprit of the Great Depression.

One of Jesse’s favorite works is Charles Mackay’s «Extraordinary Popular Delusions and the Madness of Crowds», first published in 1841. The crowd always behaves the same, so it’s possible to beat. In March 1940, «The Great Bear» wrote a book about his experience and trading methods on the stock and commodity markets, «How To Trade In Stocks». His methods were new and controversial at the time, and received mixed reviews of local stock market gurus.

On November 28, 1940, in a deep depression, Livermore committed suicide in the wardrobe of the Sherry Netherland Hotel in Manhattan. Police discovered a suicide note of eight small handwritten pages in a personal notebook. A suicide note was addressed to Harriet’s wife.

Livermore’s biography is described in two works by different styles. The first came out in 1923 by Edwin Lefevre, “Reminiscences of a Stock Operator”. This is an art book in which it is indirectly understood that Jesse Livermore is hiding behind the main character Larry Livingston. The book describes the emotions, trading ideas and difficulties that a young trader met on the way. The second was released in 2001 by Richard Smitten, “Jesse Livermore: The World’s Greatest Stock Trader”. The main difference between this story and «Reminiscences of a Stock Operator» is that the author collected the memoirs of Livermore’s relatives. Richard Smitten reveals Jesse’s personal life story, relationships with family and other people. At the same time, Richard Smitten talks about the principles and methods of concluding transactions, timing and capital management strategies.

Description of the book “Reminiscences of a Stock Operator”: Edwin Lefevre 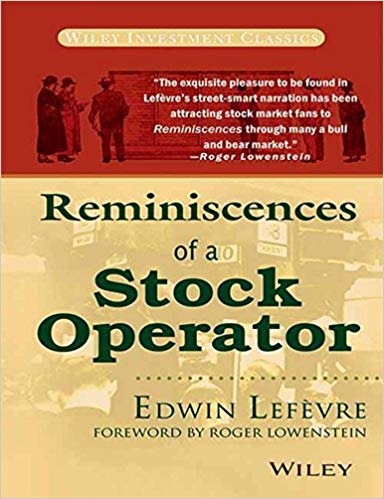 The book “Reminiscences of a Stock Operator” was written by Edwin Lefevre (1871–1943), an experienced financier and journalist. It was first published in 1923, for 100 years it has been the best in the field of financial literature. After himself, Larry Livingston left a huge baggage of knowledge about the art of trading, which traders have been using since his biography was released. The work describes transactions in the stock and commodity markets and details of the psychology of trading. Everyone who risked money, immediately feels the kinship of souls and the similarity of emotions with Larry Livingston – the main character of the story. The book “Reminiscences of a Stock Operator” is a must-read for anyone who runs the risk of money.

He was the first to systematize the language of supply and demand, which today remains as important in the commodity and commodity markets as it was 100 years ago.
Larry Livingston had a unique strategy based on technical analysis. The exact information about the strategy is unknown today. The main drawback of Larry Livingston was not compliance with risk management rules. This feature allowed four times to become a millionaire and go broke. Edwin Lefevre clearly conveyed the feelings and emotions that the protagonist experienced.

Larry Livingston’s beliefs were to always follow the trend and study the basic market equilibrium. He made trial transactions to verify the correctness of his assumptions. In the case of correct reasoning, he gained a position. Larry Livingston was skilled, as well as staying away from the market when conditions were unfavorable.

The book  “Reminiscences of a Stock Operator” has had a huge impact on me. After reading, I realized that risk (money) management is always in first place in any trading strategy.

1) «Remember that stocks are never too high for you to begin buying or too low to begin selling». This expression seems illogical, but it’s brilliant. The main skill of stock trading is the ability to determine the trend. If you have identified a trend, then you should not wait for a pullback to buy back cheaper. Cheaper may not come and growth will pass us by. 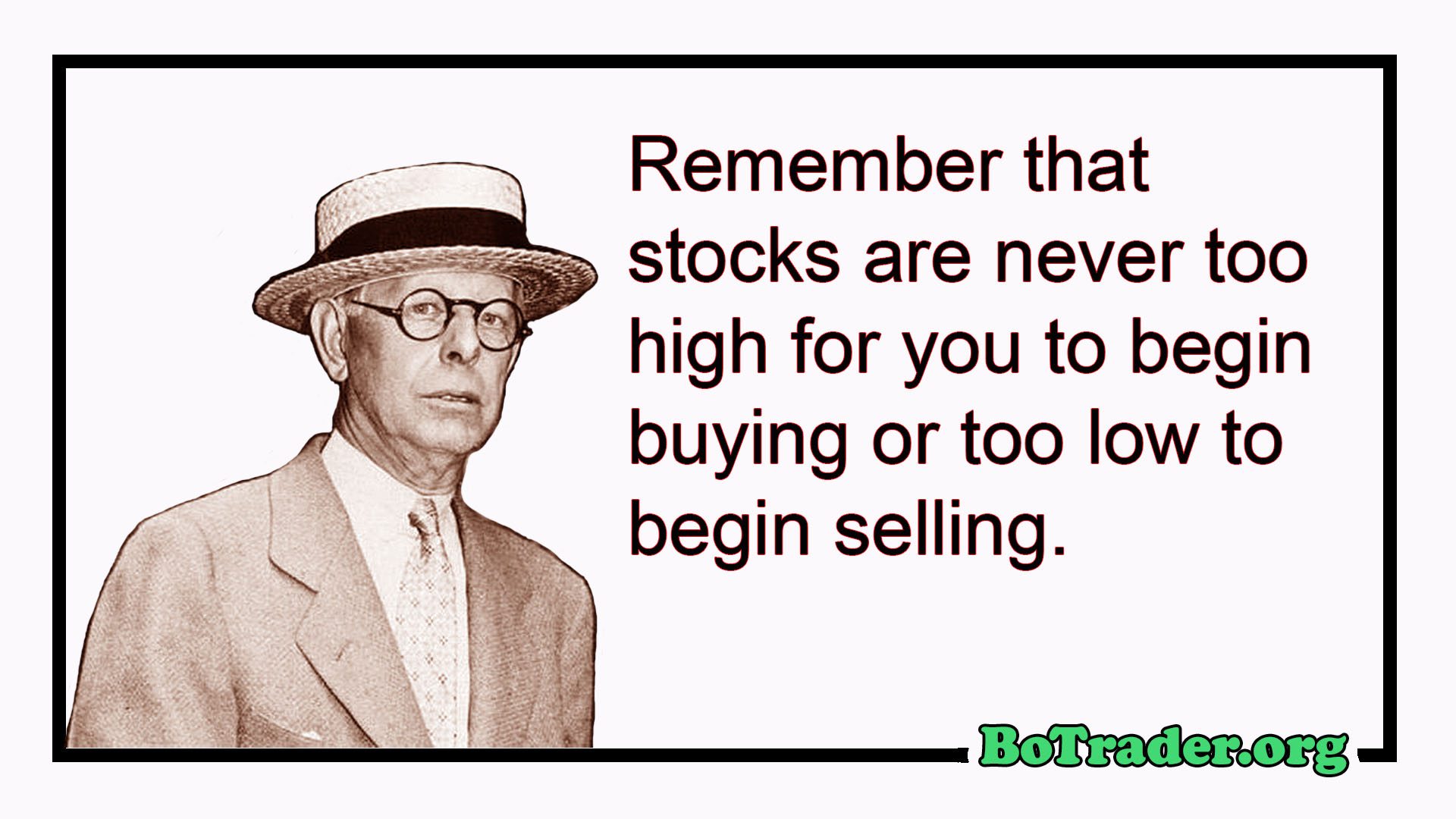 2) «If you started badly, then nothing good will come of it, close the position and try again». Often the market goes against us, but instead of admitting our mistake, we are building up our position and waiting for a pullback, but it never comes. Therefore, if the market went against us, it is better to get a stop loss and start again.

3) «The market is moving towards the least resistance». All factors of technical and fundamental analysis are reflected in the chart and move in the direction whose arguments are weaker. The task of the speculator in time to determine the winning side.

4) «You can’t lose open positions in the right market in order to buy back cheaper». There are trends without correction, so you should not think that it will be possible to re-enter it profitably. Usually most of the part of the movement is skipped when trying to re-enter. Sometimes it’s better to hold the very first position longer. 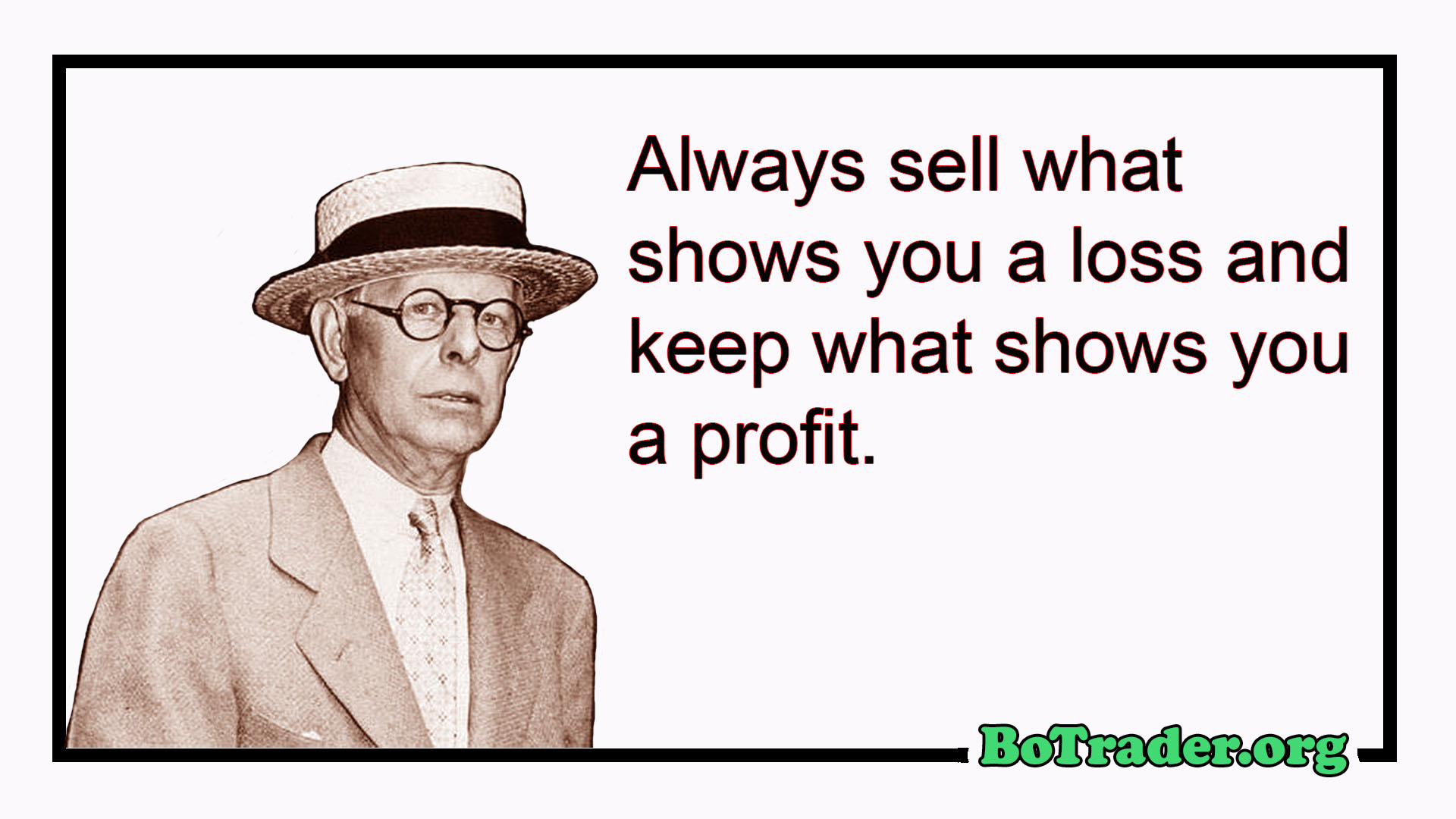 1) «Insider information ruins people faster than fires or tsunamis». The main task is to be able to correctly analyze information, with criticism relate to such words.

2) «Make decisions yourself from start to finish». This problem is faced by beginners who do not trust themselves and trust reputable channels, sites, etc. In the transaction, it is important to understand exactly why we did this from beginning to end, only in this case even a negative result will turn into our own accumulated experience. 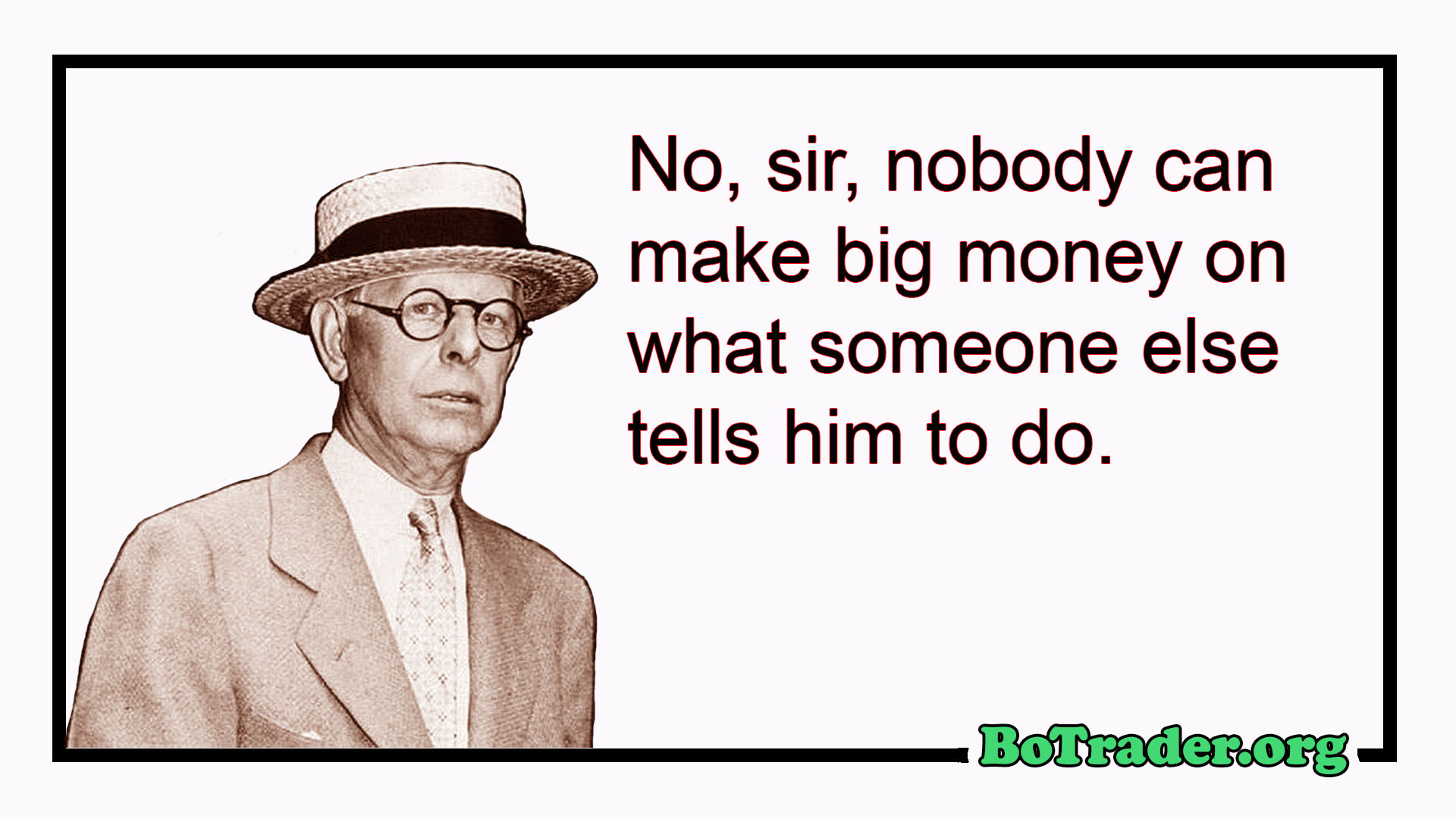 3) «Greed, fear, hope, the main mistakes of the stock market speculator … A man can forgive mistakes if they lead to further benefit». If you feel greed that now you can earn more, it means that initially there was no take profit mark. With a preconceived plan for the deal, you know for a fact that you will earn enough. If you feel fear, then you risk a significant amount for you. Accordingly, it is worth reviewing money (risk) management. A sense of hope is more dangerous than fear or greed. Since we expect a miracle (which does not happen) and do nothing, instead of making the right decisions in this situation.

4) «The charm of a strong personality can lead away from common sense». You should trust yourself, no matter how sweet the speeches of media and respected people may sound. In trading everyone for themselves, any media can promote the ideas of another major player.

The path of becoming a stock speculator is thorny. Each news promises both losses and profit. Not all people can develop the skills inherent in a trader. Reminiscences of Jesse Livermore prove it once again. For those who are serious about becoming a trader, I recommend the book. “The New Trading for a Living“.